The Christian case for geese

The extraordinary Canadian beast that we know as the goose has been attacked. Canada, as we all know, should absorb the United States, and geese, as a representative of such a country, should be held in high regard. However, the argument of Canada versus the United States is one for another day. Today, I am here to argue that geese, although frightful in some circumstances, are still a wonderful creature that Christians should respect.

Geese form a V shape when flying, and V in the Roman numeral system means five, which is representative of the first five books of the Bible, the Pentateuch. Not only did God highly exalt geese during their creation by making them both land and sea birds, but geese worship God and his word as well, through their flight patterns.

Solomon, who, may I remind you, was blessed with wisdom by God in, stated in Ecclesiastes 4:9-12: “Two are better than one, because they have a good reward for their labor. For if they fall, one will lift up his companion. But woe to him who is alone when he falls, for he has no one to help him up. Again, if two lie down together, they will keep warm; but how can one be warm alone? Though one may be overpowered by another, two can withstand him. And a threefold cord is not quickly broken.” The V formation allows geese to fly together more strongly and efficiently by using the uplift from the flap of the previous bird’s wings. Christians are called to be more geese-like and ‘fly’ together throughout life. Jesus established a church for a reason, so we, like geese, should live that out.

Robert Kruschwitz, a philosophy professor at Baylor University, wrote an article title The Wild Goose, in which he stated: “The wild goose, in addition to the dove, is a Celtic Christian symbol for the Holy Spirit. Sometimes God’s Spirit hovers comfortingly like a dove. But the Spirit also surprises us and disturbs our plans. Like a wild and unpredictable goose, the Holy Spirit sweeps in unexpected, astonishing directions.” Although geese are not the Holy Spirit themselves, we should still respect the lesson that we can learn from them about the tendencies of the Spirit. Something may not be in our plans, but just as geese hissing and running at us, we must choose to be moved by the Spirit or do nothing and face the consequences.

Humans may have been the crowning feature of God’s creation, but geese must have truly been a close second. As living representations of what Christian bonds should look like and the movement of the Holy Spirit, this majestic bird truly is a role model. Now I am not saying Jesus is a goose, but if Buzzfeed quizzes were around when Christ was on earth, I have a sneaking suspicion that a goose would be His spirit fowl. 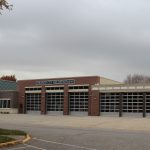