Before leaving the room, most people are prone to grab three common items: their phone, their keys and their water bottle. Whether or not you are a serious adventurer or a casual sipper, hydration plays a role in everyone’s lives. Klean Kanteen, Camelbak, Nathan and many other types of bottles have come and gone.

Two of the most popular water bottles on the market today are perhaps Hydro Flask and Nalgene — and there is even a bit of a rivalry between the two.

Hydro Flasks seem to be sweeping campus, and for some people, they are replacing their trusty old Nalgenes. Student Ryan Bauermeister is one who will speak out on his decision to end his loyalty to Nalgene.

“From a durability aspect, Nalgenes are great. They last forever. But if you’re trying to keep your beverage at an ideal temperature, Hydro Flask is the way to go. You have to drop some major cash if you’re looking to get into that world, though.”

While comfort is a positive to having a Hydro Flask, Bauermeister recognizes that spitting out the money for the product might not be so comfortable. One can find a Hydro Flask at an affordable price, but to get one of reasonable size can be a bit spendy when considering it is, after all, just a water bottle.

Sophomore Caleb Benzing is another investor who shelled out the bit of extra cash for his Hydro Flask, and is happy he did. “My Hydro Flask keeps liquids at their relative temperatures for hours. And it’s a lot healthier to drink out of a metal container than plastic.”

Junior Eli Dahl is one who sticks to Nalgene, even as Hydro Flask descends upon the conquest of liquid drinkers everywhere.

“I originally chose Nalgene because that’s what my dad had at the time, and I love it, so I’ve stuck with it over many years. I’m on my fifth one,” he said.

While Dahl appreciates the quality of the bottle, he also considers the health aspects of what he is drinking out of.

“The original ones were nice because they were literally unbreakable,” Dahl said. “However, though the newer bottles can be broken, I like that the quality of the plastic is much healthier than before.”

With all their products becoming BPA free, Nalgenes are considered much safer to drink from than before. While metal versus plastic seems to be the argument in favor of Hydro Flasks, Dahl said he actually prefers the plastic water bottle instead.

“Most Hydro Flasks are all metal on the inside, and I really don’t like the taste of the water,” Dahl said.

Putting stickers on water bottles have been a popular part of personalizing bottles for years, and for Nalgenes specifically. The trend carries over as Hydro Flasks gain popularity, and you will likely find a Hydro Flask owner with the simple expressions of personality stuck to their water bottles as well.

Whether or not you have done the heavy research or could not care less, chances are you have owned some type of name-brand water bottle in your life. Most Nalgene or Hydro Flask owners tend to be pretty passionate and faithful to their bottle, so while opinions are valuable, it is important to remember that, in the end, every bottle is a bottle, and every bottle deserves your love. 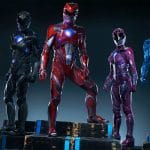