Many of us have fond memories of sitting down on Saturday mornings, cereal bowl in hand, ready to watch at least a few episodes of “Mighty Morphin’ Power Rangers” in our pajamas. Since nostalgia is a powerful drug, the new “Power Rangers” reboot is one in a long line of movies targeted at the memories of our generation. Though the film will likely bring back some of those warm feelings, it gets a little caught up in taking itself too seriously to be very good.

The film has the same basic characters as the television show, but with a slightly different plot. It centers on five teens. The first is Jason, the high school quarterback who ruins his chances at being scouted through acts of delinquency. Kimberly is the popular girl who is just misunderstood. Billy is the shy, nerdy kid who does not have very many friends but is brilliant and good at heart. Zack and Trini are both the mysterious rebels in the pack.

They would never imagine being grouped together. However, after an explosion at a local mine (where they all happened to be), they all wake up the next morning and discover they have newfound abilities. After returning to the site of the explosion to investigate, they find Zordon’s (Bryan Cranston) alien ship, manned by the sassy robot Alpha 5 (Bill Hader), and begin on their journey as the Power Rangers.

The biggest problem with this film was that it took itself far too seriously. It is based on a show for children about ninjas. It does not need to be angsty or reveal the deep struggles of teenage life. The beauty in “Power Rangers” lies in its ability to be unabashedly campy. When you take that away, it just feels like a mature Nickelodeon show directed by Michael Bay.

One aspect of the movie that gave it a slight leg up on the original was the acting. Usually when you go back and re-watch episodes of the old “Power Rangers” the acting is cringe-worthy.  Luckily, that was not the case with the film. The acting was perfectly fine, the script was the cringe-worthy part. I almost felt bad for some of the actors when they got to their punch lines.

The characters themselves were almost painful clichés. Though they maintained some of the basic traits from their television counterparts, the ways they were expanded upon in the movie were largely negative. Jason, the stereotypical jock, turns out to have a big heart and is just misunderstood. No one knows the real him. The same is true for Kimberly, who is supposed to be the popular girl, but is featured in her first scene cutting off her long locks of hair, because, again, she is just misunderstood.

The film was largely based around their origin story, so there was not much action until the last twenty minutes. However, Lionsgate does reportedly have six sequels planned for the franchise, so I am sure the action (and angst) will be ramped up in the future.

Overall, the movie probably was not as bad as I might make it sound. It was a nostalgic treat that was still fun to watch, it just needed to have a little more fun with itself. 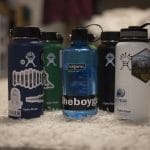 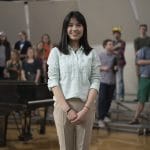