‘The Family’ carried by strong cast

The first words we hear from Academy Award-Winning actor Robert De Niro are, “The only real question we should ask ourselves during our existence is how much is a man’s life worth. Me, I’m worth 20 million dollars, and I’d hand over every last dollar to get my old life back.” Unfortunately for him, that isn’t an option.

“The Family,” from executive producer Martin Scorsese, tells the story of a family under the care of the witness protection program. The father, Giovanni Manzoni (played by Robert De Niro), is a one-time mobster Don from Brooklyn who gave up a significant mob kingpin to the FBI. Consequently, he and his family were placed in the care of the witness protection program and moved to Europe. However, due to their fiery Italian tempers and their inability to assimilate, they move from place to place without ever quite being able to settle down in one town for very long.

The film focuses on their move to a small city in Normandy, where they make another go at being a “normal” family.

The cast alone is a good enough reason to go see this film. Michele Pfeiffer plays opposite De Niro as Maggie Manzoni. The true heart of the family, Maggie provides a  core of strength and is the one who tries the hardest to make the conditions the family has found itself in turn out for the best.

Tommy Lee Jones turns in a stellar performance as the agent in charge of the Manzoni family. His character is simultaneously Giovanni’s worst enemy and his best friend, and Jones plays that balance very well.

De Niro gave a fine performance as the fallen mafia Don. Because of De Niro’s roles as Al Capone in “Untouchables” and James Conway in “Good Fellas” audiences have set high standards for any movie billed with De Niro playing someone in the mafia. He certainly delivers on these expectations.

Diane Agron and John D’Leo both deserve recognition for their respective roles as the daughter and son of the Manzoni family. Although both play individually strong characters, perhaps the best part of Agron and D’Leo’s performance is the way they play off each other. Their portrayal of a brother and sister who have been forced to depend on each other for support is one of the things that make the movie’s theme of family so poignant.

It must be acknowledged that as with any film that has anything to do with Scorsese or gangsters “The Family” contains a significant amount of brutal violence. There is also a good deal of language used and a scene of sexuality. But more importantly, “The Family” is a character-driven show with a good plot, excellent writing and heavyweight actors turning in well played performances. 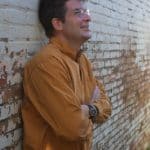