“Christians Can be Sneaky,” a one-man play written and performed by Professor of Theatre and Speech Dr. Robert Hubbard, will be presented at 7:30 p.m. on Saturday, Sept. 21 in the DeWitt Center’s England Theatre. The performance is free, and seating is first-come, first-served.

Forced to attend church as a middle-schooler, Hubbard resisted with “tantrums and trickery.” Because of these experiences, “Christians Can be Sneaky” asks the question “Can God reveal himself during mandatory worship?” while introducing themes of acceptance and patience.

What made you want to do a one-man show?

Solo theater and performance art are an area of my scholarship. Several years ago, I decided to try my hand at this challenging genre when I created a show about an ill-fated rock climbing experience in the Black Hills called “Dancing with Jimmy.” I ended up performing this piece at several venues across the U.S. and Canada. Later on, as part of a sabbatical project, I devised a series of monologues that I call “Grace Notes: Stories of Surprise, Regret and Redemption.” Each of these 25-minute monologues depict moments from my life experience in which moments of undeserved grace surprised and redeemed an otherwise broken situation. I intended these stories to be appropriate for worship as well as other settings. By now, I’ve performed almost all of them at NWC’s chapel. For the final part of this project, I combined and re-worked some of my Grace Notes monologues into hour-long shows designed for fringe festivals and other venues. Two summers ago, I performed “How Helicopters Figure in My Dreams” at fringe festivals across the Midwest. “Christians Can be Sneaky” is the second combination of Grace Notes monologues. Saturday will be the first performance of it in this form.

How often do you rehearse?

Memorization is the biggest part of rehearsal. It takes me a long time to get an hour of text bouncing around my head … probably hundreds of hours. I memorize a lot when I’m running, walking the dog or swimming laps. Local people probably think I’m crazy because it looks like I’m talking to myself. Now that I have the whole thing in my head, I rehearsed it just like any other show, working on movement and timing, showing it to people for feedback, etc.

Is it difficult to perform in front of your students?

No. I love performing at NWC because there is such a positive “I’m rooting for you” vibe from the audience. Based on past experience, I may be in danger of thinking that my solo work is better than it actually is because the audience response from the NWC community can be so positive. It feels like a party.
Why is it important that people come see this show?

I think the theme of “grace” is important for us all to reflect on as we struggle on this mortal coil. We can easily surrender to the feeling the that universe is against us; sometimes it sure seems to be. Focusing on grace can remind us to think and act differently. It can remind us about faith as “the assurance of things hoped for and the conviction of things not seen.” 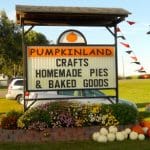 ‘The Family’ carried by strong cast