Before I get started, I must say I hate this issue in both men’s and women’s sports.  However, I find this issue to be most predominant in men’s soccer, so I will be focusing on this sport.  But it needs to stop in all sports because it ruins the integrity of the game.

Go to any men’s soccer match and you’ll see flopping, when a player doctors up or fakes a foul to get a call for a set piece.  Flopping occurs at all levels of men’s soccer, from the eight year olds I reffed to the sub-40 year olds playing for the national teams.

Flopping is a psychological barrier that prevents most players from playing with resilience in fighting through physicality.  You may be thinking that because I am a woman I couldn’t possibly understand the physicality and speed that comes with playing in men’s soccer which requires some sort of flopping to keep the players in check.  However, I play in a men’s league during the summer as an outside back.  The number of times a man in his 40s or 50s weighing over 200 pounds complains to the ref about a 20-year-old under 150 pound girl knocking them over is astounding.  It’s pathetic watching them flop then beg for a call at the mere thought someone will come into contact with them.

The greatest soccer players in the world are often categorized based on their scoring ability, footwork, speed and playing through pressure.  Being able to continue playing through physicality and fouls is something many people admire about these “world class athletes,” emphasis on classy.  It’s this resilience that makes people love the game. Flopping doesn’t put you on the list of greatest soccer players, unless you’re Neymar, so why do men’s players bother to do it.

Some argue that it keeps the game and players in check; it slows the game down.  But if that’s the case, why doesn’t it happen in women’s soccer?  It could be because maybe women’s soccer comparatively have less physical contact than in men’s, but the number of bruises I see on my teammates after games suggests otherwise.

Maybe the real reason this issue is seen more in men’s soccer than in women’s is actually based on their gender.

Imagine what would happen if women’s soccer players flopped to the same extent as men’s players.  Women would get called “weak” and “pathetic,” and women’s soccer would be less popular than it already is because of the slowing down of play due to flopping.  However, when it happens in men’s soccer, fans still dislike flopping, but they would not call the men these same names. In fact, coaches, players and fans will defend flopping in men’s soccer as a necessary part of the game, but they may not defend flopping to the same extent.  Gender identity rendering women seen as weaker influences how they are seen when they pretend to be fouled, leading a reinforcement in this weaker identity for all women.

In any sport, doctoring up fouls in any sense of the word is an underhanded way to compete, and it needs to stop.  By lowering the integrity of the game, others will not respect you nearly as much as a player.  In athletics, we have created this culture of using whatever measure necessary, including fabricating calls, to somehow get the game to swing in our favor.  Everyone flops.  But does that make it right or necessary?  No.  We need to stop this culture. Quit flopping and play sports the way they are meant to: respectably. 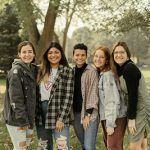 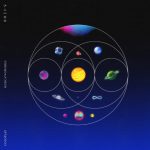