Home Features “The Glass Menagerie” is rich with history
Features “The Glass Menagerie” is a play surrounding the memory of Tom Wingfield who struggles with accepting the reality of his family and current life situation. This drama also features light-hearted moments while presenting the message of hope and love.

Theatre professor Jeff Barker is directing this production and is often heard repeating the phrase, “Find the love in it.” While the four-person cast wrestles with what love looks like in their onstage family, love is also found offstage between Jeff and his wife Karen Bohm Barker who plays the role of the headstrong mother, Amanda Wingfield.

“The Glass Menagerie” is not only a huge part of the Barkers’ lives now but was also the play that brought them together over 40 years ago. During Jeff’s sophomore year at Greenville College in Greenville, Illinois, director Margo Voltz posted auditions for the play “The Glass Menagerie.” Jeff auditioned for the show along with a red-headed senior, Karen. It turned out that they both got a part: Karen in the role of Amanda Wingfield, and Jeff in the role of her son, Tom.

Now they are embarking on the adventure of “The Glass Menagerie” together once again.

At every rehearsal, the love between Jeff and Karen is seen. While they can often have blunt exchanges back and forth, it is this stubborn love that remains admirable.

“[Karen] likes the arts and affirms my interest in the arts,” Jeff said.

One of the many ways they do this is by working on projects together like “The Glass Menagerie.” Jeff has directed this show once before and seen it many times.

“I am happy to go on this adventure and see what happens,” Jeff said.

Jeff acknowledges the many challenges the play presents, such as its odd structure and a few peculiar lines.

The minimal set allows for the freedom to explore the relationships between characters, which is what Karen loves to do. Jeff explained Karen’s favorite part of the rehearsal process is the listening, responding and simply living in the space with her partner. In this production, finding the love between the characters is what sets the show apart from others.

“The Glass Menagerie” is also a play open with possibilities, and Jeff enjoys that immensely.

“It’s fun to just kind of show up at rehearsal and say, ‘What should we try and discover today?’” Jeff said.

“Find the love in it” will be a constant reminder as the rehearsal process for “The Glass Menagerie” continues. Both on and offstage, all who observe the Barkers individually and together will be given a clear example of what finding the love truly looks like.

The NW Theatre Department welcomes all to witness the adventure and love of the Wingfield family in “The Glass Menagerie,” opening at 7:30 p.m. on Friday, April 20. Tickets can be purchased online at nwciowa.edu/tickets and by emailing boxoffice@nwciowa.edu. 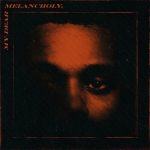