I’ll be honest: I don’t have much to say about this album. However, what we get from The Weeknd on My Dear Melancholy is an excellent example of the disappointment that comes from untapped potential.

The brief EP has a few high moments, and some of Tesfaye’s, AKA the Weeknd’s, least memorable material. This record would be an average release from many artists, but from The Weeknd it feels more like a failure and a missed opportunity.

Weeknd fans will immediately recognize the sound of the EP. For hardcore fans, this will be positive, but it is disappointing to see that he is not experimenting with any new sounds. When Tesfaye came onto the scene, what was most impressive was how he immediately innovated with his sound. The record contains his trademark vocals and instrumentals. However, most of what we hear on the EP we have heard him do better on previous tracks in his discography.

Along with the sound, the subject matter of the EP is less than spectacular. A good portion of the songs deal with his recent relationship with Selena Gomez. The musical highlight on the EP, “Call Out My Name,” offers lyrics describing the overall course of the relationship. The lyrical content succeeds in being entertaining for a first listen, but fails to deliver on much deeper than that.

Overall, this EP is an easy three stars. It has parts that are enjoyable and parts that are forgettable. For some artists, a project of this quality would be a success. However, for an artist with the pedigree of The Weeknd, it is a disappointment.

The album is passable, but when you are The Weeknd, passable is not good enough. It leaves a bad taste in the mouth of music fans who were expecting more innovation. He has shown the potential to electrify the contemporary R&B genre, so when he comes out with what is nothing more than an average record, it is disappointing.

This latest EP is like going to a basketball game where LeBron James only scores 15 points. For most players in the NBA, 15 points would be a very successful night. However, James has the potential to score 40 points or more, so a 15 point night is deeply disappointing.

The Weeknd’s latest project is worth a listen, but it is not Tesfaye’s best music. Die-hard fans will likely find something to enjoy here, and there are some quality tracks that can be enjoyed. But ultimately, My Dear Melancholy is an average release from an artist that we have come to expect better from. 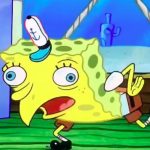 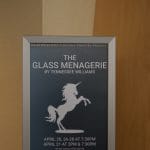