The Muppets’ newest movie was exactly what it should have been—ridiculous, tongue-in-cheek, full of pointless cameos and pop culture jokes and far more enjoyable than it really has any right to be.

The plot is the same mostly absurd but somewhat touching fare that the Muppets have always used, and thankfully, their humor remains completely intact.

There are few movies that are this willing to make this many jokes about their own existence as this film.

”The Muppets” follows Walter, a young Muppet who is a huge fan of Kermit and The Muppet Show despite the slowly- creeping irrelevance that has been weighing them down for the past couple of decades.

Upon the discovery that a fantastically evil oil baron named Tex Richman (Chris Cooper) is planning to destroy the old Muppet studio in order to drill for oil underneath it, Walter and his human brother, Gary (Jason Siegel), and his brother’s girlfriend, Mary (Amy Adams), attempt to get Kermit to stop the studio’s destruction.

Eventually, there is a montage, and all of the Muppets get together to put on a telethon in order to raise $10 million.

Song, dance, bad jokes and good jokes all ensue in almost even proportions.

The film is simple, appropriately absurd and filled with a bunch of almost distressingly good musical numbers.

There can‘t be enough emphasis on the singing. The songs stick in the mind and make everything better—exactly the way that microphone feedback doesn’t. They’re well-written, well-sung, well-choreographed. They’re just good.

Even Tex Richman does a song about how great it is to be evil and rich. That scene is probably one of the best things feeding the hungry eyes of moviegoers this year.

It’s a Muppet tradition to just get as many celebrities or Hollywood-types involved in their movies as possible. It always seems like the movie industry throws a few parties now and then, and these either result in an “Ocean’s Eleven” sequel or a Muppet movie.

But despite the constant appearances of a bunch of people that honestly have no business being in the movie, and despite how little Muppet movies are businesslike, it was deeply offensive that there was very little attention paid to Rizzo. The rats showed up in about two scenes, but only for big montages or musical numbers, and didn’t actually get any lines. Come on. That’s not even ok.

But overall, “The Muppets” is a great film. See it and see it again. 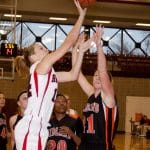 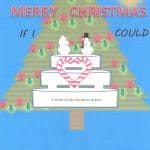