Northwestern’s track and field team competed in their final regular season meet on Friday, Feb. 14 and Saturday, Feb. 15 at the SDSU Indoor Classic. Facing a competitive environment, the Raiders worked hard for new season bests in pursuit of conference-qualifying marks. On the men’s side, NW finished 11th out of 26 teams, scoring 15 points total. There were three events which contributed to the point total: the long jump, the 4x400m relay and the 600m.

Freshman James Gilbert placed first in the long jump, with a jump of 7.17m (23-06.25), claiming his fourth consecutive first place finish this season. Sophomore Isaac Munoz placed eigth in the 600m, with a time of 1:26.83. The 4x400m relay team, composed of Bennet Schuiteman, Justin Grevengoed, Mitchell Oostra and Cade Pederson, placed fifth, with a time of 3:25.4.

On the women’s side, the Raiders placed 15th out of 22 teams (third among NAIA teams), scoring a total of nine points in five different events: the 60m hurdles, the 400m, the 800m, the mile and the shot put. All scorers were senior women. Kenzie Keune placed seventh in the 400m with a time of 59.09 and finished sixth in the 60m hurdles, crossing the finish line with a personal best time of 9.13 seconds. Bre Harthoorn placed fifth in the 800m, clocking a time of 2:21, and also finished 10th in the mile, running the event in 5:14. Caley Vink placed 10th in the shot put, throwing a personal best distance of 12.95 meters.

Head coach Scott Bahrke said, “We always like competing in Brookings. We had nearly 40 personal best marks for the meet and a number of our athletes earned their spot in the GPAC Indoor Track and Field Championship. Our preparation was better this week, and it showed in our performances. It was a great day for the Red Raider Track & Field Team.”

Distance coach Carrie Krohn said, “Overall, I thought the distance crew competed with more confidence than the week before at USD. A number of people set themselves up well for the GPAC meet.

“My hope is that the Raiders will focus on the fundamentals of racing this weekend – going hard the whole time – instead of focusing on the outcome. If we focus on fundamentals, the outcome will just be a natural part of the process.”

The GPAC Indoor Track and Field Championships will be held at Dakota Wesleyan University on the days of Feb. 21-22 in Mitchell, South Dakota. 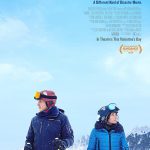 Shrinkflation and the stain upon Big Candy