Perhaps you have seen a pub quiz in a movie or TV show, and either thought that it looked pretty lame or wished you could try it – depending on how nerdy you consider yourself. But Vaughn Donahue’s Trivia Nights at Town Square are purely original.

“I’ve actually never even been to another [trivia night],” said Donahue. “I just kinda made it up as I went along.”

Donahue is a graphic designer who teaches at Dordt College as well as a few classes at Northwestern College and has been a regular at the coffee shop since before Steve Mahr took over. Donahue had wanted to do a trivia night for a while, but it didn’t get in motion until about two years ago.

“Steve took over, and we started having a lot more events at the Old Factory, and sooner or later it was just, ‘Hey, let’s actually do this; we’ve been talking about it for a while,’ so it kinda became my baby,” Donahue explained.

He does all of the preparation and runs it himself, with a friend helping to write some of the questions. Donahue estimated that it takes him about eight hours to research the questions and prepare for each night. It can often be a lot of additional work, but there are many times when the categories become fun to organize.

He recalled his favorite category, the names of groups of animals. Examples include a murder of crows, or a congregation of alligators, a business of ferrets, a flamboyance of flamingos and a parliament of owls,.

“I wrote riddles for each one that would give a clue as to the animal it was and what the title of a group is called,” he said. Though it can be hard to judge how hard it might be to answer a question, Donahue usually uses himself as a reference point.

“I try to write the questions as, ‘Is this something I could reasonably answer myself?’, so I try to keep it not Jeopardy-level, but not softballs either.” he said. “There are some times I’ll get a category where nobody gets a single answer, and I’m like, ‘I apologize everybody. Apparently, I just went in a direction that I shouldn’t have gone in.’”

Donahue appreciates the fun the groups bring to each night, particularly when they come up with a name for themselves. Groups often get creative, with unique names such as ‘Quizten Stewart’ popping up.

Donahue hopes to keep participation in the night growing

Iif you feel like you’re bad at trivia, just try coming anyway…this is a no-stakes game,” he said. “There’s nothing to be scared about, apprehensive about, nervous – you’re not going to be called out or made fun of. It’s just a big, fun night.”

Trivia Nights happen every month, but because of some scheduling difficulties Donahue may be putting off the next one until early December. Follow Town Square Coffee House on Facebook to keep updated on the latest event news. 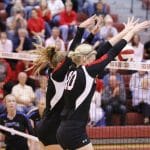 Tough loss in the Bultman 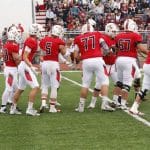