Two showcases: one saxophone and one voice

Coming this weekend, music vocal performance major Dj Nibbelink and music education major Michael Hornback will be performing their senior student recitals. The recitals will take place on April 2 at 7 p.m. and April 3 at 3:30 p.m. respectively in Christ Chapel.

When compared to concerts, student recitals highlight the talents of the individuals. These individuals have accumulated a music repertoire for themselves throughout their time at Northwestern. While an individual is featured in the recital, they tend to bring other people to accompany them with their performances. Students who want to perform recitals must organize the event.

“It’s important for students to showcase their pieces in a recital because they assume much of the responsibility on the administrative side of the performance,” stated Hornback. “Until this point, I would only have to worry about practicing and performing the music. For my recital, however, I had to write program notes, organize rehearsals, reserve the chapel, etc. To be successful in this process, I have to think four steps ahead.”

Hornback often reminisces on his musical experiences: “What I enjoy about NWs music department is the ability to pursue my passions in the department. In my freshman year, I wanted to start a jazz combo, and Dr. Holt helped me get the group going. Four years later, the Just Jazz combo is going to be performing at my senior recital! Dr. Holm has given me tools to work on the craft of composition. The other thing I appreciate is their drive to push me to the next level. They don’t let me settle for less. Dr. Kang has been especially good at this over the years, giving me the hard truth I need to push me forward.”

“Music is a reflection of the culture surrounding a composer. Whether it be a piece composed for wind band or a country song played at a school dance, music is created because it is the artist speaking to the world around them,” Hornback said.

He also stated his awe of the music community and how they use music individually which inspires him to do the same. “It has been incredible to see the music community respond to the crisis in Ukraine, with a great outpouring of new music from many of my favorite composers,” said hornback

Hornback also talked about how God inspire him through music and how it could benefit others. “Music plays a part in God’s work because it helps us communicate with each other. Music is a vessel for us to feel pain and joy, sometimes simultaneously. This is also why I believe students should attend senior recitals, to hear music that has been created with great craftsmanship that allows us to see the world differently.”

NW music recitals are free to the public and everyone is encouraged to come.

“I appreciate the opportunities we have as students both in places we go and the music we work on,” said Nibbelink. “The band went to Spain a couple of years ago. And this year, the choir gets the opportunity to go to Denmark. For music, it’s very well-rounded. The heritage choir throughout my years has done an opera, a Madrigal and participated with the A Capella choir in the Sioux County Oratorio. In my recital alone, I got a wide variety of music which I’m thankful to do.”

Hornback emphasized the importance of hard work: “As a musician, I have learned that hard work pays off. Many hours in a practice room have taught me that I am capable of whatever I want to do, as long as I put the work into it. This lesson has actually formed my philosophy of education. I strongly believe that every student is capable of anything they can dream of through hard work and discipline. I believe that music is one of the best vessels to teach just that.”

While the recital class is needed for a music major to graduate, this class can be taken by lovers of music provided they are a standing junior or they have four semesters of applied study.

“I don’t think it’s any more important to showcase your repertoire your senior year than it is your freshman year,” says Nibbelink. “The important thing is you are sharing your gift and working towards something special that you give to God and your audience and yourself.”

Nibbelink recognizes how recitals are special in the world of music. “People should come to see student recitals to support their fellow students, but also because a lot of the music showcased is not often showcased,” said Nibbelink. “I’ve never heard of music from composers like Ivor Gurney or last year Gerald Finzi, and recitals open the door to some of the lesser-known pieces.”

Everyone is invited to watch and hear the rich performance of baritone Nibbelink and the brilliant saxophone of Hornback. 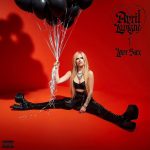 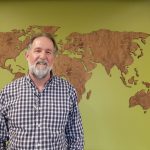