Kendall Stanislav’s passion for Northwestern’s ministry and his work is unmeasurable. A snippet of this passion is illustrated on a small sheet of paper taped behind his computer that reads, “How did I make NW a better place today?”

Stanislav, ‘05 NW alumni and former resident director for nine years in North Suites, now is the director of experiential education. At the Compass Center for Career and Calling, he directs students to courageous study abroad programs and internships where students endeavor hands-on experience.

Prior to working at NW, he attended Taylor University where he received a degree in higher education, allowing him to pursue leadership roles at NW.

Stanislav met his wife, Ashley, ‘06, at NW through a Spring Service Partnership where they experienced God’s great work together. The two lived in the North Suites apartment for nine years sharing one bathroom while raising three children. Chaotic to say the least, but the Stanislav’s wouldn’t have traded that experience for anything.

After his time spent as a resident director, he decided to lead the student body in a different direction, by working in the Compass Center for Career & Calling. This position directs students toward internship opportunities, job interviews, study-abroad programs and helping students with their resumes.

From this position, Stanislav has been empowered by the students and their experiences.

“Getting to hear students talk about their experiences is a reminder to why my work here at NW is so important and fulfilling,” Stanislav said. “Seeing student gain cultural confidence and seeing how much they grow spiritually and academically in such a short amount of time is what makes this work stand out.”

Students that need internship credits for their major want and wish to participate in a summer study abroad or the Romania and Oman semester all talk with Stanislav.

“I appreciated Kendall’s willingness to walk me through the entire study-abroad process along with explaining how pricing worked with tuition,” junior and Romanian semester participant Alayna Bakke said. “Kendall told me how important it is to learn how to swim in new water.”

Stanislav explained it as an illustration of how we are all one body of Christ, navigating new waters to spread the goodness of God’s redeeming work in the world.

To say the least, Stanislav holds a key role for navigating students into new waters as they begin their new journey into their careers. Stanislav is helping students’ day-after-day to pave a way for a new future while teaching them the importance of God’s mission for us. 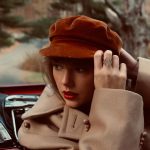 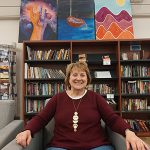