Mondays have become a dreadful reality for most students. However, this doesn’t apply to the Northwestern men’s basketball team.

Kris Korver has been coaching the team since 2000, making this year his 21st season. Among the active coaches within the NAIA, Korver ranks fifth in total wins and second in winning percentage, a remarkable 71%.

Monday’s for Men is a weekly opportunity for the men on campus, both athletes and non-athletes, to gather together. It is led by Korver and head wrestling coach Rik Dahl.

For forward Craig Sterk, a senior criminal justice major, Monday’s for Men is one of the ways Korver has impacted his Christian journey while on campus.

“[It] has been a really good thing for the guys on this campus,” Sterk said. “They have something to look forward to each week in which they can be supported and encouraged to seek and fulfill God’s calling as men.”

The same sentiment was echoed by forward Matt Onken, a sophomore chemistry major.

“It is a great place and way for a bunch of guys to learn things about our faith and our life and really connect and grow,” Onken said.

Monday’s for Men is part of his job, according to Korver, as he sees faith development as a portion of his responsibilities as a head coach. Other aspects include film and practice prep, radio interviews, scouting reports, recruiting, team meetings and leadership development on top of games themselves.

However, Korver’s role at NW goes beyond coaching, as he plays a key role in the kinesiology department. This semester, Korver teaches tennis, coaching methods and coaching topics for basketball. This creates a hectic lifestyle during basketball season, but one thing that helps Korver out is his family, his wife Ann and three kids: Christian, Elizabeth and Luke.

“Healthy and holy habits help to find balance. Having an understanding wife is pretty important,” Korver said. “Teaching and coaching at Northwestern is a team effort – a family mission. Ann and our children have sacrificed a lot and they have been incredible teammates on this 21-year journey.”

Men’s basketball manager, Becca Nevin, a sophomore sports management major, is starting her second year of being the only manager. Nevin works with Korver daily, as she preps for practice. One word she would use to describe Korver is intentional.

“From the way he creates relationships with his players and his students to the way he teaches our team the plays and how they will benefit the team in the end, Coach Korver is intentional,” she said.

Broken down minute-by-minute, practice consists of drills that develop both offensive and defensive skills, as well as reviews of plays and going through them at game-speed.

Korver’s thoughtfulness goes beyond basketball as he dives into building community.

“He makes the effort to get to know you personally, and I appreciate that he is intentional with not only students but the fans in the stands,” Nevin said. “He reminds the guys that they are playing for the guys before them and the alumni who continually support them by attending their home games.”

Through all that he does, Korver knows the meaning behind being intentional and building NW men up.

“We get to invest in the next generation of husbands and fathers, and basketball is the platform,” Korver said. “The beauty of Northwestern is that we are one big family.” 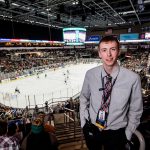 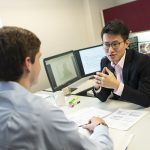