It’s lunchtime. Your stomach has been rumbling since your 10:40 a.m. class. You enter the cafeteria and head straight back to the Interaction area. It’s your favorite meal – maybe it’s Caesar salad, stir fry, shrimp fettucine or cheese ravioli. You are not only greeted by the smells of your meal but also by a big smile from Stacy Roberson, the chef in charge of the Interaction area. He strikes up a conversation with you as you wait in line. He asks how your day is going as he hands you a plate heaped with your favorite meal.

Born and raised in Kansas City, Missouri, Roberson started cooking when he was 18. He began at Shoney’s, a chain restaurant located in Midwestern and Southern states. From there, he was employed at various restaurants and hotels, working his way up.

Before Northwestern, Roberson was with the Ararat Shriners as the kitchen manager of the clubhouse. His culinary skills from Kansas City would soon take him to Northwest Iowa once Roberson got married. He and his wife moved here to be closer to his wife’s family, and since then, he has been at NW for nine years.

“I was excited from the time I hit Northwestern’s property. My typical day is I am up running, laughing, having the best time possible,” Roberson said.

With NW’s new Creative Dining, food preperation begins a day early. What Roberson is preparing today isn’t necessarily for that day but rather for the next day. Roberson and his team feel prep time is just as important as cooking the meal is.

From the moment students walk up to the Interactive area, it’s obvious how much Roberson cares about his job and for the students.

“It’s a privilege to me to be a part of students’ journeys, as they move forward in their four years at Northwestern,” said Roberson. “I can play just a little bit of a part of that with you just when you come in [to the cafeteria].”

However, when Roberson goes home, he is happily the foodie instead of the chef. He loves eating what he has made, but he especially likes going home, relaxing and eating what his loved one has made for him.

“I only cook. I never really got into baking. I never liked the flour and the yeast,” Roberson said.

When Roberson is not at work, he enjoys cooking, but he also has other hobbies that require some work with his hands, including camping, building, fishing and working in the garden.

“Catfish, bass, crappie, bluegill. I can filet that right on up for you,” Roberson said.

As much as Roberson loves cooking and the students, he loves his whole team. Without the rest of the Creative Dining staff, Roberson would not be able to do what he loves every day, and his team appreciates him.

“It’s a privilege to have Stacy here,” Creative Dining’s general manager Barry Schroeter said. “He is a chef, and he has come up through the ranks. He does an awesome job. I love to work with him, and he allows me to be in his playground.”

The next time you see Chef Stacy stirring up another one of his delicious meals, don’t be afraid to ask him how his day is. He will likely give you one of his famous Stacy smiles. 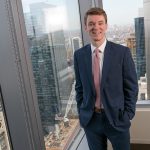 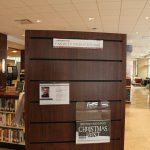