Vampire Weekend’s latest EP release titled “This Life / Unbearably White” was worth the six-year wait since their 2013 album “Modern Vampires of the City.” Listeners have been eagerly awaiting their next studio album, “Father of the Bride,” which will be released this May.

Preceding the release of this album, Vampire Weekend has released singles in pairs throughout this year, which have come to form this EP consisting of six tracks that will be included on “Father of the Bride.” “Harmony Hall” and “2021” were the first two tracks to be released, followed by “Sunflower” featuring guitarist Steve Lacy and “Big Blue.” “This Life” and “Unbearably White,” released April 4, completed the EP.

“This Life” is a bright track, with a catchy, Van Morrisonesque bouncing guitar lick. It also features backing vocals from Danielle Haim from American pop rock band HAIM. The poppy sound is contrasted with darker lyrical themes, as Ezra Koenig repeats the line “But I’ve been cheating through this life / And all its suffering / Oh Christ, am I good for nothing?”

“Unbearably White,” while distinctly more mellow and chill, still holds on to the classic Vampire Weekend sound. This track explores themes of false optimism in the face of darkness, demonstrated in the highs and lows of the instrumentation of the track, which finally fades out into light hand bells and isolated vocals.

“Sunflower” features a distinct guitar part by Steve Lacy, with a funky psychedelic ‘70s sound. It is the most unique and playful track on the EP. Vampire Weekend’s decision to collaborate more on this upcoming album appears to be a promising choice after hearing this single.

“Harmony Hall” was the standout of the EP with rich instrumentation, including hypnotic looping guitars, rich pianos and a bass line coming in and out, contributing to the track’s joyful, folksy tone. The name “Harmony Hall” is likely referencing the dorm building at Columbia University where the original band members had lived, while also acting as a metaphor for an environment where people are only encountering beliefs that coincide with their own, thus reinforcing existing ideas.

In the chorus, Keonig sings, “Anybody without a worried mind / could never forgive the sight / of wicked snakes / inside of a place / you thought was dignified,” which is an obvious nod to the current political climate.

The final track of the EP is “2021.” It is the shortest track and seems to pale in comparison to “Harmony Hall,” but it should not be discredited for its entrancing, minimalist sound and rhythmic drums, artfully incorporating the hand bells from “Unbearably White.”

One of the most impressive parts of this EP is the production, which was primarily done by front man Ezra Koenig, with some additional work done by Blood Pop, who has recently produced songs for Madonna and Justin Bieber.

This EP makes up roughly a third of the upcoming album “Father of the Bride.” While it seems that Vampire Weekend is trying to take on some new, more mature or somber lyrical themes, and explore featuring other artists to change up their classic, bright instrumental style, I think we will experience the same, high-quality content that we are used to receiving.

Overall, I am very impressed with the tracks released so far and am increasingly optimistic about this new album. It appears that even after a six-year hiatus, Vampire Weekend has still got it. 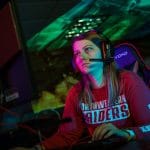