This semester, Northwestern started an esports club for students interested in competitive gaming. The club has set up its “arena” in the basement of VanPerseum Hall and has outfitted it with high quality gaming computers, as well as new desks and chairs.

The club has been competing in League of Legends (LoL), Overwatch (OW) and Rocket League (RL). In addition to regular practices, all three teams have also been participating in scrimmages against other colleges.

The LoL team has had the most success so far. The team opened the season with a win against Hawkeye Community College (2-1) and have since lost to Waldorf University (0-2), won against University of Wisconsin – Platteville (2-0), and lost to Bemidji State University (1-2).

“We have good momentum and we hope to get this group into collegiate league in the fall,” Coach Dan Swier said.

So far, the OW team has lost both of its scrimmages against Missouri Valley College (0-9, 0-6). However, this team has probably made the most progress over the last couple of months. The majority of players on the OW team have done all of their previous gaming on consoles with controllers. Unfortunately for them, when playing games like OW on computer, using a keyboard and mouse is far superior.

“We are working hard at moving over from console gaming to computer gaming and our team cohesion has been helping us progress,” Coach Ben Karnish said.

The OW team is also the largest team in the esports club with 11 players on the roster.

NW’s RL team has also struggled to get positive results. The team opened the season with a loss against University of Texas, Arlington (0-3), and has since tied Western Kentucky University (1-1) and lost to George Mason University (0-5).

“We haven’t been able to win any matches yet, but we’ve been close. If we keep improving we could be really good in the future,” freshman RL player, Josh Wingfield, said.

Besides scrimmages, the team also participated in a tournament earlier this semester. The tournament was open to anyone who wanted to enter a team, and NW went 1-1.

While the program has not had a lot of success as far as results go, morale is still very high among the esports athletes.

“I’m just super excited about being able to play collegiate esports. It has been super fun getting to know everyone, and I know we’re only going to be getting better,” OW and RL player Josh Fischer said. 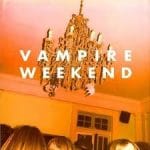 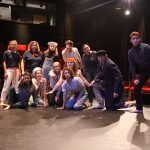 Jonah and the Giant Fish sure to make a splash