The women beat both Mount Marty and Dakota Wesleyan in impressive fashion by putting up shutouts in both matches. Senior goalkeeper Ariel Watts was named GPAC Defender of the Week for her efforts.

The Raiders beat Dakota Wesleyan at home in a 2-0 shutout on Saturday. It was their sixth shutout of the year. After a scoreless first half in which seven shot attempts missed, NW scored in the 52nd minute on a free kick.

Senior Jo Jensen scored the goal by sending the ball over the defensive wall, off the post and into the net.

Freshman Alissa Christoffer scored in the 83rd minute, with a chip shot over the head of the opposing keeper. The Raider’s defense was again stout and held the Tigers to three missed shot attempts on the game.

“We want to take it one game at a time,” head coach Ben Karnish said. “Win, lose or draw we learn from each game and keep getting better collectively.”

NW beat Mount Marty 3-0 on Oct. 9. The women struggled early to get the ball in the net.

They scored in the 38th minute when junior Megan Knutson rebounded and scored a misplaced save from the Lancers keeper. The first half ended 1-0, and NW held a 13-3 shot advantage.

In the second half, offense was a bit more fluid. After pressuring Mount Marty from the beginning of play, sophomore Michaela Gibson calmly capitalized a one-on-one situation in the 54th minute.

Sophomore Priyanka Fernando scored a goal in the 74th minute from a Jensen assist. The Raider defense was firm and limited the Lancers to six shot attempts on the game.

“We have a great group of girls that are playing for each other,” Karnish said. “Seniors through freshmen, these girls have put the time in together and they are starting to reap the rewards.” 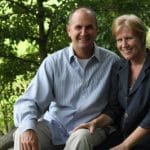