Home Opinion We need to listen to women
Opinion

Within the recent few weeks, there has been a major headline that has dominated the recent news cycle. It has involved Governor Andrew Cuomo, who right now is engaged in a fury of allegations which state that he was involved in sexual harassment within his workplace. As of the writing of this article, seven women have come forward, and it’s likely that more will come. Their claims have been shocking and really have put into question Cuomo’s leadership and character.

Governor Cuomo, of course, has denied these claims as false, and has stated that this is all just a representation of ‘cancel culture.’ But is this really a fair thing for him to claim? With so much evidence and so many women coming forward, he’s being indignant and not standing down. I understand the idea of defending one’s name through the trial of law, but the evidence seems to be mounting. And I think this microcosm of a story plays into a larger problem within our workplaces and our society as a whole. The problem of when sexual harassment or violence occurs against a woman, the narrative for so long has been to stick head in the sand or denounce it as ad hominem or ‘cancel culture.’

However, the reality is that this narrative of not believing women is a safety epidemic overall, as numbers state. From a study conducted from 2012 to 2016 by UMass looking at harassment claims, found that about five million people on average per year are harassed at work, and on average there was only just under 10,000 harassments reported. That means that on average, 99.8% of harassment goes unreported in the workplace. Now, we might look at those numbers and wonder why people don’t just report more often. The answer is retaliation. The study also found that 64% of sexual harassments often lead to job loss as a retaliation for the claim. And the problem is that women are disproportionately affected by this problem within the workplace, being affected by sexual harassment a lot more than men. And women don’t want to report, because reporting can most likely lead to a loss of job security.

Further on, it’s noted that only about 1,500 of those 10,000 claims actually end up making it to court. There have been movements like #MeToo which have pushed to bring more light to this issue and have succeeded. But of course, there has been pushback upon these movements, with people considering it too feminist or overbearing. The fact is that there is a real epidemic within American workplaces, and the reality is that we all probably have at least one friend who have experienced this problem within their lives. So, the point is that we need to be more receptive to those who bring to the front their accusations, because if we keep allowing people to cry ‘cancel culture,’ or if we remain ignorant, we are allowing this system of oppression to actively continue, and that is a damning thing. 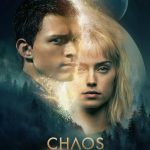