The United States economy is the largest in the world. At $20.5 trillion, it would take the world’s next three largest economies combined to surpass the U.S. economy in terms of size. At its most elementary understanding, the U.S. has a free-market economy. However, this phrase is often misinterpreted as meaning lassiez-faire. Assuming that the American economy is lassiez-faire is an incomplete understanding of a functional free market.

When analyzing market structures, a key measure of effectiveness is surplus. Surplus is how economists measure how a transaction benefits producers and consumers. An economic model that maximizes surplus is often better for both consumers and producers because consumers can buy goods they need while producers can make a healthy profit. There are exceptions to this rule, but generally we want our economy to maximize surplus.

A completely free market does not always maximize surplus. The first example of this comes from monopolies. A monopoly occurs when one firm can dominate a market so that it becomes the only seller. This can happen through high fixed costs or barriers to entry (ex: telecom), control of natural resources (ex: diamonds) or government-caused monopolies through patent laws (ex: pharmaceuticals). When a monopolist can only charge a single price, this profit-maximizing price will be high enough that some consumers no longer purchase the good. This creates dead weight loss, which is the term for when surplus that could be earned by producers or consumers is lost. This higher price is not problematic in some industries, but when one considers the pharmaceutical industry, it becomes problematic.

There are other instances where market incentives will lead to unsatisfactory outcomes. The pharmaceutical industry is the most egregious example, but our changing climate offers another. Most agree that climate change is a crucial problem that must be addressed through either policy or individual consumption choices. However, companies and consumers will typically choose to maximize their short-term welfare over their long-term well-being. The costs of turning up a thermostat, polluting through manufacturing or driving a hummer are not salient. However, if this behavior goes unrestricted, we will all bear the costs in the future. A free market does not force consumers or producers to consider these long-term costs, which causes market outcomes that ignore negative externalities (or costs to society).

The free market system the U.S. enjoys has the possibility to ensure that businesses can be profitable, consumers are treated fairly and the future is sustainable. However, a completely free market will not necessarily ensure these goals are accomplished. An effective market is a creation which requires maintenance, and it does not occur naturally or without effort. 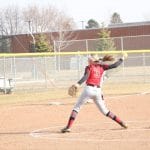