Home Sports Where the comparisons between Tebow and Lin start
Sports

When an athlete hits a certain level of popularity, we begin reinventing the English language to accommodate him/her.
“Tebowmania,” for example, became an acceptable term for several weeks, despite the rather unwieldy way it rolls off the tongue. The nation was fascinated with Tebow’s Christianity, his virginity and the way a larger force seemed to be at work. Something bigger seemed to be guiding Tebow and his awkward throws into the second round of the playoffs.
A new athlete has replaced Tebow, at least temporarily, in the hearts and minds of American sports fans, as well as the trending topics of Twitter. New York Knicks point guard Jeremy Lin is the NBA’s latest craze.
Lin is Harvard educated, a devout Christian and one of the only players of Asian descent in the NBA. He has achieved a level of popularity unmatched by any Asian player since Yao Ming’s days of stardom. Better yet for Lin, he plays in the biggest and one of the most enthusiastic basketball cities in the country, meaning that as he began to play well, he was almost immediately elevated to cult status.
Aside from his location, one of the best things about Lin from a marketing standpoint is the incredible versatility of his name. There are currently 14 results on YouTube for the search “All I Do is Lin,” in reference to the popular song by DJ Khaled. The hashtag #Linsanity has been trending on Twitter off and on. The internet has been Lin-undated with Lin-ane jokes for more than a week.
Lin-sanity was just another nice story until Friday night. Lin took on Kobe Bryant in his first bout with a certain Hall of Famer. If anybody was going to be unimpressed with a nice story like Lin’s, it would be the Black Mamba, and his notorious killer instinct. Indeed, before the game in an interview, Bryant acted like he didn’t know who Lin was.
He does now.
Lin outdueled Bryant, scoring 38 points to Bryant’s 34, and manning on up on Bryant for much of the game. Since then, he hasn’t slowed down, averaging 26 points over his last six games and hitting a game-winning three against the Raptors Tuesday night.
This, of course, is the key difference between Lin-sanity and Tebowmania. Jeremy Lin’s performance, from a numbers standpoint, has actually justified the hype. He can change directions quickly. He has excellent touch and good court vision. The critics point out his turnovers, but he appears to be a legitimately good NBA prospect that has come relatively out of nowhere.
If he isn’t, it will be a shame. Lin makes for an excelLINt story. 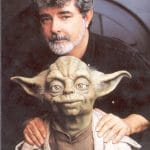