It was an easy victory for the Red Raider women’s basketball team Wednesday night in the Bultman Center over the Mount Marty Lancers. NW won

the GPAC matchup 90-61. The game was one of NW’s best offensive outings, shooting 49% overall with a season high of 57% from behind the three-point line.

the game, but NW would gain control of the scoreboard with a three-pointer from junior Kassidy De Jong. NW would go on a seven-point run over the Lancers, bringing the score to 10-2 before Mount Marty could manage another basket. The lead would only continue to grow for NW as they ended the first quarter with a 10 point lead (22-12).

The second quarter brought a more competitive scoring matchup. Mount Marty took the opportunity in the quarter to go head-to-head with NW at the basket. Each NW basket was followed by another from Mount Marty. A strategic pass by senior Renee Maneman to De Jong for a jumper at the block was followed by a Lancer basket. Mount Marty would end the quarter outscoring the Raiders 22-21. The first half would end with NW still holding a substantial lead, 43-34 over Mount Marty.

Third quarter once again showed the dominance of the Red Raiders’ offense taking back control of the game with a three-pointer by senior Paige Danner. Scoring would continue with several good jumpers by junior Darbi Gustafson. NW would end the third with a commanding lead of 69-49.

The fourth quarter would start with a jumper in the paint by junior Haley Birks off a pass from Maneman. The final score of the game came from a three-pointer by sophomore Rachel Mercer.

The victory over Mount Marty was an important win for the Raiders after a Saturday loss to Concordia. NW is now 14-3 in the GPAC (19-6 overall), tied for second place with Dakota Wesleyan with three games left to play in the regular season. NW will be back in action at 2 p.m. on Saturday at home vs. Midland. The final two games of the regular season are to be played away against Dakota Wesleyan and Doane next week. 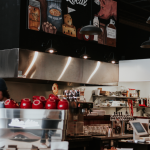 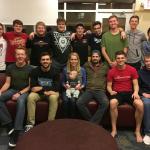