Having children living on a college campus may not be the common way to live for most families; however, there are three resident directors on Northwestern’s campus that love the students and the environment their kids live in.

Stegenga Hall RD Celeste Ryan and her husband Nathaniel live on the third floor with their one-and-a-half-year-old Ellie. According to Celeste, Ellie is very extraverted and loves running into people’s dorm rooms to say “hi,” checking out what’s going on.

“She loves people because that’s all she’s used to: living in and around students and their lives,” Celeste said.

Both Celeste and Nathaniel agree that the environment of NW and the students living on campus make for the perfect atmosphere. What Celeste enjoys most is that there are so many girls in Steg who love their daughter and are more than willing to babysit when needed.

“I trust the girls enough to watch her if they feel comfortable with her being around, no doubt,” Celeste said.

“We love bringing him up in this environment because the guys are a lot of fun,” Tyler said. “They have high energy and are very interested in Isaac.”

The men on third floor even bought Isaac a onesie that reads “Third floor is my favorite” with his name on the back. Both Tyler and his wife have gotten to see other RD kids developing great social skills, which is something they look forward to seeing in their own child as well.

The guys in North enjoy the interaction when Tyler brings Isaac around.

“It’s fun and interesting to see their moods instantly change when a cute baby comes into the room,” Tyler said.

Just last Sunday, the Zeutenhorsts watched the Super Bowl with everyone while Isaac played with his toys and bounced around in his jumper.

“There’s a different set up with such a young child, but the environment is definitely fun-filled and good,” Tyler said.

Lastly, another set of parents on campus with kids are Assistant Dean of Residence Life Kendall Stanislav who also serves as RD of the apartments and his wife Ashley. They live in a house between Steggy and North with their three children: Mady, 9, Drew, 6, and Jack, 4. Before moving into their house three years ago, they lived in North for four years. The Stanislav’s believe the students have been an important part of their lives.

“They have a lot of good role models who encourage them and interact with them,” Ashley said. “They’ve  grown closer to the guys in North Suites than any other residence hall. Mady’s birthday is in the summer, so she was always bummed that she never got to celebrate with the boys. So they decided to throw her a surprise early birthday party for her fifth birthday. They bought her a princess tent, made her a cake and packed the North Suites lounge to celebrate with her.”

Drew and Jack’s favorite part about living around the boys of North is getting to talk about Batman and superheros, while Mady hangs out in Steggy for movie nights. The Stanislav’s agree that living on campus has affirmed how wonderful NW is — the kids have made great friendships and had great role models their whole lives. 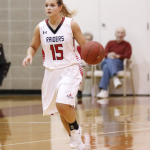 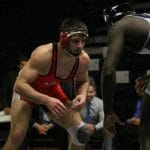