The Raiders have been busy this past week with two games in five days.  On Saturday, Sept. 8, the women’s team fell 0-5 to the Benedictine Ravens at home. “We have been struggling with connecting passes in the final third, which affects our scoring opportunities,” said sophomore Tyler Farr. “Now that we have watched tape, we are working at making our passing uniform across the board.”

After the tough loss, Northwestern rallied back by winning its next game on the road in Omaha, Neb., against the College of Saint Mary on Wednesday night.

“So far we have done really well with connecting passes out of the back and through the midfield,” Farr said. “We are communicating a lot more this season, and the team dynamic is amazing.”

The final score of the shutout was 4-0 and included goals from four different Raiders throughout the night.

Freshmen Mattie Ostrowski and Michaela Gibson, junior Alyssa Duren and sophomore Jenny Niemeyer found the back of the net for the Raiders.

“This season has been amazing so far, and so many people have been doing amazing work,” Farr said.

The team stands with a current record of 2-2-1.  The next match will be tomorrow at 5 p.m. in Oskaloosa against William Penn. 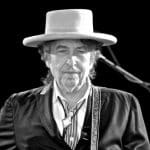