The Northwestern wrestling squad traveled to Wayne, Neb., last weekend to compete in their first matches of the year. They came home with two wins over York, Neb., 29-18, and NCAA-Div. II Wayne State 38-12.
In the 133-lbs match, freshman Richard Ortiz got the Raiders on the board with his 7-2 victory. Senior Matt Dowell started out his final season with a victory.
The 165-lbs, 184-lbs and 197-lbs  weight classes were victories by forfeit for the Raiders.
Junior Nic Leither wrapped up the team’s victory in heavyweight with a technical fall win in 4:40. A tech fall is classified as a victory by 15 points.
Against the host, Wayne State, the Raiders dominated on the mat and recorded four pins. The only points WSU was able to muster came from a forfeit at 174, and freshman 197-pounder Forrest Marx wrestling out of his normal weight class in the 285-lbs match, in which he was pinned.
Freshman Daniel Arceo started out with one of those pins in 3:48 in the 125-lbs battle. Freshman Nathan Manfall, a 133 pounder, won his match 13-8. In the 141-lbs duel, freshman Roger Fender piled up 18 points for a victory.
Freshman Brett Gudeman dominated at 149-lbs, and won 14-2, while freshman Kenneth Whittle’s contest as 157-pounder was closer, but he still grappled for an 8-7 win.
Freshman Isaac Anthony Ruiz earned a pin at 165-lbs, putting his opponent on his back in 4:19. Gudeman commented on the freshmen-heavy lineup’s adjustment to the new experience of collegiate wrestling.
“They responded very well,” Gudeman said. “We came out with a lot of intensity and really executed what has been worked on in the room the past few weeks.”
Senior David Carter and Leither provided the upperclassmen leadership, and put WSU to bed with their pins in 1:25 and 3:46, respectively.
The great start to the season has not hidden the fact that everyone on the squad has things to improve on.
“There was a few things we all could work on,” Gudeman said. “But overall, Coach Dahl was impressed with how everyone really battled every match. As a team we need to improve on wrestling at the edge of the mat and not giving up pins in dual meets.”
The Raiders next meet will be Saturday at the Augsburg Open. 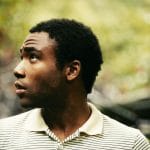 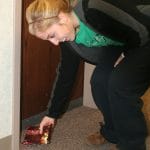