Earlier this year, a popular indie rock band from Cleveland, the Cloud Nothings, released the album Life Without Sound. The Cloud Nothings started as singer Dylan Baldi’s solo project in 2009, and, over five albums, has grown into the full band heard and seen today.

Maybe it is the weather, but this music makes me want to get up and do things, like clean and organize and maybe even exercise. The songs are upbeat and exciting, in the style of indie punk rock. Of course, not every track is so cheery. The mood ebbs and flows as with any good album, but a general characteristic of the album is its ability to make your head nod.

Quite contradictory to the upbeat, catchy sound of the album, the lyrics are contemplative and insightful. Almost every song in the album has a piece of wisdom to offer in times of self-reflection.

Several songs illustrate feelings of loneliness. For instance, in the opening track the lead singer describes himself on an isolated frozen world. Yet he says, “I knew peace in the terror of the mind,” and “In darkness I’ve evolved again.” In this song of solitude and the terror involved, these few lines offered comfort in the peace and growth also to be found in solitude.

The track “Darkened Rings” describes a lonely situation many people will be familiar with: the times spent “Awake all night/ look[ing] through my life.” In the narrator’s life, he or she found some “Darkened rings with a few bright highlights.” From this point, the narrator concludes to stop living life “line by line.” This song seemed to me to reference the title of the album, as the narrator says they will tear down “all of written sound.” This seemed to go against my initial impression of the title. My instinct would be to think a life without sound as lonely and desolate, as some of the themes have coincided with. In this song, however, getting rid of the sound was a relief.

This album hits other topics other than loneliness, however. For instance, the track “Enter Entirely” follows a person that longs for self-betterment but is afraid. “There’s someone I would like to be if I could be but the path is frightening.” The aptly- named track “Modern Act” follows a person who “can’t stand the modern act” and longs to live a real life, saying “I want a life, that’s all I need lately.” The track “Realize My Fate” tackles the struggle of expressing religious belief or belief in “something bigger.”

One of the most intriguing tracks for me was “Sight Unseen.” The lead singer keeps mentioning spending time with the  “world of sight unseen” and says that he’s “finally gone, but I’ll remember all I’ve seen.” What the narrator saw in the world of sight unseen is not revealed, but I feel like the narrator has seen something that no one else sees, and just about anyone can find something to insert into the song to imbue it with personal meaning.

I greatly enjoy the contrast of this album. All of these lyrics give the impression that the album’s sound would be serious and slow, but instead it is just downright fun and exciting. The Cloud Nothings have proven themselves to be both meditative thinkers and outstanding performers. 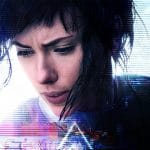 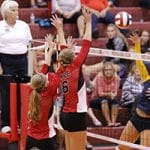