BROCKHAMPTON is the most interesting thing to happen to music in recent memory. The group is first and foremost a boy band and would have you call them as such. However, their music does not sound like N-Sync or One Direction. The group doesn’t make radio pop — they make rap music, and last year they released three of the best albums of the year.

BROCKHAMPTON has an origin story worth noting. They consist of 14 rappers, producers, sound engineers and other types of artists that met on a Kanye West fan forum. Groups within the larger BROCKHAMPTON collective knew one another from high school, but these smaller groups were introduced through the site. After a friendship developed, they made the choice to travel to Los Angeles together, buy a house to live in and make music together.

All of the tracks by BROCKHAMPTON are made in-house.  As mentioned above, the group has many members with many talents, and they leave nothing up to producers outside themselves. This allows them to make music that is very precisely what they want to make without any outside influences.

What is almost unprecedented about this is the quality of all three releases. Each record is unique, yet tied to BROCKHAMPTON’s branding and style. There isn’t a point where quality dips off — it seems the group has the ability to consistently put out huge volumes of high quality music. The names of their last three albums were SATURATION I, II and III. Some have hypothesized that this is tied to the group attempting to saturate the hip-hop market with a large quantity of music to cause a splash. If that is the case, it worked.

The group also writes and directs their own music videos, all of which can be seen on YouTube. Members of the band have described how they want to be a group that handles every part of their product. They have complete control over the creative process, meaning they can do exactly what they want. This allows BROCKHAMPTON to create unique content that would never be approved by a conventional producer or director.

What’s perhaps most endearing about the group is how they all come from different backgrounds but come together to make something beautiful. The group is made up of people of all different races and identities. When contrasting this with the typical white, straight boyband, BROCKHAMPTON becomes atypical. The group has set out to redefine what a boyband is, and in the process challenges socio-cultural norms.

BROCKHAMPTON’s latest three albums are a must-listen for anyone who considers themselves a rap fan. The group is making some of the most interesting music of our time, and doing so in a completely fresh way. 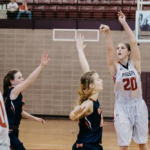 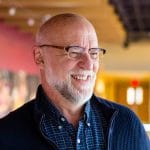