Despite the cold and rainy weather, Northwestern women’s cross country team ran well and finished fourth out of the twelve teams in the Mount Marty Invite last Saturday. The Raiders totaled 99 points.
The Raider women were led by senior Teresa Kerkvliet. She recorded her third top 10 finish of the season, placing eighth out of 138 runners in a time of 18:52. Sophomore Dawn Gildersleeve ran a personal best time of 19:04 and finished 14th overall.
Junior Amy Van Skike finished in the top 25 for the fourth time this season, placing 23rd with a personal best time of 19:24. Freshman Sara Edwardson finished 26th (19:32) and junior Leslie Stover placed 34th with a season-best time of 19:47.
“The women’s team ran well on Saturday,” Van Skike said. “We definitely went out and competed hard; we had some girls really step up and run well where we needed it.”
The NW men’s team finished ninth out of 13 teams in the men’s 8K race, totaling 227 points.
Freshman Logan Hovland was the top men’s runner for NW, finishing 36th with a time of 27:14.
Freshman Skyler Giddings crossed the line in 27:37, placing 50th, while junior Jesse Baldwin (55th-27:42) and freshman Anthony Epp (58th-27:52) were the other top NW runners.
“We raced competitively and aggressively as a unit,” Baldwin said. “It was great to see a lot of guys getting personal records.”
The next challenge for the Raiders is the GPAC Championship in Lincoln, Neb., held on Nov. 5th.
“We’re looking forward to the GPAC meet,” Van Skike said. “There are some strong teams in the conference, but we can compete with [them] for the top spots.” 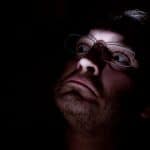