Alex Carroll and Will Bakke from the popular new documentary ‘Beware of Christians’ are coming to Northwestern.

After discovering the documentary online, sophomore David Arnold contacted Riot Media, the company that produced ‘Beware of Christians,’ and set up their visit to campus.

“I went on a Christian website because I was getting sick of watching just crap movies that were meaningless,” Arnold said. “I saw a list of top ten Christian movies and ‘Beware of Christians’ was number one.”

Created by the same four recent college graduates as the documentary, ‘One Nation Under God,’ ‘Beware of Christians’ follows Bakke, Carroll, Michael Allen and Matt Owen’s tour through Europe as they seek to “leave religion behind to follow Jesus.”

“It’s not your typical cheesy Christian film,” Arnold said. “It’s extremely convicting. It makes you look at what you believe and why you believe it. It challenges your beliefs beyond what your parents told you all the time.”

Bakke explained the purpose behind making the documentary.

“The idea was sparked by this unsettling feeling within the four main guys that maybe we were just picking out parts of the Bible to follow without really having a relationship with Jesus to back it up,” Bakke said. “We felt like hypocrites, and decided to put everything out on the table.”

The documentary takes a closer look at what it means to be more like Jesus in a European context, without the pressures of Christian views common in the U.S., Bakke suggested that students who come to watch the film should be ready to think from new perspectives.

“Open your mind to the idea that maybe American Christianity looks nothing like what Jesus represented,” Bakke said. “Be ready to laugh and feel challenged.”

Arnold is looking forward to ‘Beware of Christians’ being shown on campus.

“I think it’s a film that everyone needs to see at least once,” Arnold said. “It focuses on really paying attention to the words that God gave us in the Bible instead of just saying the verses and saying ‘I‘m going to fit it to me.’ It makes you change your heart to the words of scripture.”

Bakke agreed that the film is very relevant to college students.

“It’s the first Christian film that doesn’t hold back,” Bakke said. “It’s raw, honest and a refreshing look at four guys trying to follow Jesus in a time like college.”

Bakke and Carroll will show ‘Beware of Christians’ at 8 p.m., Monday, Feb. 20 in Christ Chapel. 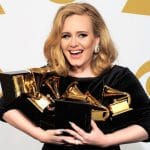