After getting off to an explosive start Tuesday night, the Northwestern women’s soccer team couldn’t hang on against Morningside, and fell by the score of 4-3. The women are now 2-6-3 (0-3) on the season.
The game was barely five minutes in when sophomore Alli Dunkelberger struck first for the Raiders. Morningside did not stay down for long though, and leveled the score at 1-1 just 40 seconds later.
NW showed the same resilience and regained the lead a minute later. Dunkelberger found freshman Tyler Farr, who scored her second goal of the season to give the Raiders a 2-1 advantage.
“We wanted  to win,” said sophomore Johannah Jensen. “We have not won since the beginning of season, and we were hungry.”
Both defensive sides were able to breathe for a short while before Dunkelberger again put one past the keeper for her second goal of the game and fifth of the season.
Morningside chipped away at the Raiders 3-1 lead as the half went on and scored in the 24th minute to keep the game close going into half. The Mustangs came out with constant pressure in the second half, and brought the score even in the 50th minute. They took the lead for good in the 68th minute.
There were 49 shots between the two squads in the match, 30 for Morningside and 19 for NW. Senior goalkeeper Wendy Hofmeyer recorded 10 saves and four goals allowed in 90 minutes.
Last Saturday, the women held onto a 0-0 overtime draw against Bellevue in a non-conference matchup.
The Raiders were on their heels for the majority of the match, being outshot 23-9, but the defense held strong and the women were able to leave the game content with a draw. “Our defense was strong,” Jensen said. “It took a while to get things sorted out, most of our defense never played together last year. [They] definitely stepped it up and worked well together. Communication was key for our team, and we worked as a unit.”
The Lady Raiders will  battle against Midland on Saturday, where they are looking to pick up their first conference win.
“We have learned that we need to show up and be the team we are,” Jensen said. “We are a great team, but we need to learn how to bring that great team out to play to win.”
Kick-off is at 1 p.m. in Fremont, Neb. 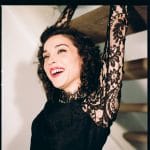 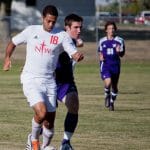