For most students, college can be an intimidating time. The pressure of balancing school, work and friends is hard enough, but committing to a major that could dictate the rest of your life is an added challenge for some.

Powell isn’t alone in her struggles. According to the National Center for Education Statistics, around 80 percent of students in the United States will switch their major at least once in their college career.

Junior public relations major Lucas Heiberger understands the challenge of finding the right major. Entering college as undecided but with a leaning towards computer science, Heiberger found it was not the right pick for him.

“I took two semesters of computer science, and I wasn’t really catching on with it. It wasn’t quite what I wanted it to be,” Heiberger said. After meeting with career counselor Kristen Brue in the Career Development Center and taking a few personality and interest assessments, he made the switch to public relations.

“I think for the most part I’m happy with my choice. Again, I’m still not fully sure what I’m going to do with public relations, mostly because I’m still learning what it is,” Heiberger said.

For Brue, picking the right major is all about using resources and working through the process. Completing the various inventories offered can help students find where they might belong.

“One [inventory] is the Meyers-Briggs Personality Type Indicator. It looks at personality but it specifically has a section on there that’s going to tell you what you need in a career for it to be satisfying, as far as your career environment goes,” Brue said.

“We also offer a Strong Interest Inventory, and that is more about the world of work and where your interests lie in the world of work, so that can help students who are having a hard time articulating what they’re interested in.”

Brue emphasized working the steps along with an element of self-reflection. She also recognizes where undecided students are coming from.

“I was an undecided junior in college, so I feel like I resonate with students who are undecided, and I understand what it feels like to be paralyzed by that kind of decision,” Brue said.

For some undecided students, however, there is not a major offered at Northwestern that fits them quite right. Junior Isaac Clausen, a student-initiated major, created a major of his own by incorporating elements from others into one. Originally majoring in computer information systems, Clausen’s student initiated major is now called creative technology project management.

“I found myself spending so much time pouring myself into these projects and having so much fun doing it, just learning and really enjoying it,” Clausen said. “Doing what I love for a class, that was great.”

Though the process was long, Clausen recommends student-initiated majors to other students who may be interested.

“If you feel like NW is the place for you, but they don’t offer exactly what you’re interested in, they’ll be accommodating, and they can make it a perfect fit for you,” Clausen said.

Though picking a major can be a daunting task for many, there is often a light at the end of the tunnel. Whether it be through the Career Development Center, initiating your own major, or with the help of friends and family, students have helpful resources for making the decision. 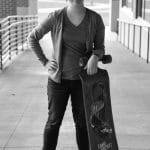