The final buzz rang out and it was official: the Northwestern women’s basketball team clinched another victory over the Defenders 101-61. The win at Dordt on Wednesday night is the 10th straight win for the women’s team. Their record improves to 18-5 (13-2 in GPAC play).

The first quarter consisted of six lead changes between the Raiders and the Defenders. NW took a lot of chances from the three-point line, hoping to get a few to fall. The Red Raider offense faced some troubles in the early part of the game inside the lane. The Dordt defense was looking to try and make it a tough and physical game for NW. With NW down 12-15 with 4:19 left to play in the first quarter, a Dordt timeout gave NW time to regroup, and from there the team was able to push back against the aggressive play of the Defenders. The first quarter would end with the Raiders holding a 20-17 lead, scoring the last five points of the quarter.

Outscoring the Defenders 13-0 in the starting moments of the second quarter showed the offensive scoring power of the Red Raiders. With strong ball movement, NW was able to exploit the holes in the Dordt defense. With 1:17 left, senior Renee Maneman made an easy bounce pass to sophomore Anna Kiel for a good jumper inside the paint, bringing the Raider lead to 43-31. Moments later, junior Haley Birks would drain a three-pointer, increasing the Raider lead to 46-31. The first half of play concluded with a score of 46-33 in favor of NW.

NW’s dominance of the game continued into the second half. After an early three-pointer from Dordt, NW would go on to outscore the home team 21-8 throughout the rest of third quarter play. NW attacked the basket inside and outside the paint, stretching the Dordt defense thin. Two good free-throws by senior Paige Danner would end the third quarter with a NW lead of 74-49.

In the fourth quarter, Dordt attempted to press the NW offense, but it couldn’t stop the scoring power of the Raiders. NW would end the game with a winning score of 101-61.

Kiel, Maneman, junior Darbi Gustafson, freshman Sammy Blum and junior Kassidy De Jong were all able to score in the double digits. The women had a 58% success rate in shooting over the 40 minutes of play.

NW’s next game will be away, starting at 2 p.m. this Saturday, Feb. 3, at Concordia . On Wednesday, Feb. 7, the Raiders will host Mount Marty in the Bultman center. 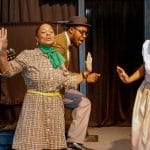 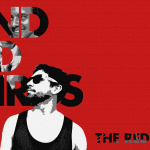