“Broken Hearts Gallery” is a romantic comedy about two young New Yorkers who are trying to navigate their lives as they deal with past relationships. It stars Geraldine Viswanathan and Dacre Montgomery, and it is written and directed by Natalie Krinsky.

After a break-up, Lucy (Viswanathan) accidentally bumps into Nick (Montgomery), and they start a friendly relationship. Lucy comes up with the idea of starting a gallery where people can display items of past relationships in an effort to move forward and also share their story. The two characters ultimately bond over their shared struggles and learn different lessons from each other.

Krinsky’s directorial debut leaves a lot to be desired. The acting is slightly below average, as there are a couple of scenes with Viswanathan where the viewer is left to wonder if she is deliberately offering a mediocre performance in an attempt to not be taken too seriously.

At times I was not sure if the movie was taking itself sincerly or not, which in any case, the uncertainty is not a good sign. Montgomery, on the other hand, offers a more solid performance throughout the movie. Watching his character develop and warm up to the main character is very enjoyable. Sadly, the same cannot be said about Lucy.

Lucy was undoubtedly written to challenge the stereotypical notion of a rom-com lead as she offers a more diverse main character than most Hollywood movies. However, in an effort to break clichés, Lucy ends up falling into the realm of the character that is so quirky it becomes annoying.

There are several scenes where she does things that would most likely infuriate the people around her, yet it’s played off as funny and unique because the audience is supposed to be rooting for her. This is evidenced by the fact that Lucy ultimately treats nick ike how her old boyfriend treated her. She treats Nick the same way her old boyfriend treated her, yet the movie makes no attempts at reconciling this.

The movie also suffers from the curse of trying too hard to be relevant. It believes that pop culture references and social media is going to make the film relevant to its audiences while failing to address the real struggles of the generation it is trying to target.

Both characters spend most of the runtime being unemployed while somehow living in downtown New York City, owning property, paying for the renovation of a hotel and spending money on various objects for the gallery.

As for its thematic elements, the movie sets up the interesting premise of keeping mementos or souvenirs from old relationships.

Although it is quite an intriguing idea to explore, the movie fails at developing the theme to a decent level and cannot seem to make up its mind as to the conclusion. It is never clear what the movie believes people should do about broken hearts and not being able to let go of the past.

At best, this movie advises people to get rid of old trinkets, which is lackluster to say the least.

There are some saving graces in this movie. The relationship between Lucy and Nick is quite endearing and entertaining to watch even when Lucy can be a little too much at times. Lucy’s relationship with her friends is also one of the movie’s strengths as they encourage her and always have her back.

“Broken Hearts Gallery” clearly misunderstands its target audience, and except for having a non-white lead, brings nothing new to the table as it stumbles across multiple clichés of the genre. The movie is predictable, which considerably drags the pace, and tries too hard to be funny and different. Ultimately the movie is shallow and forgettable. Nevertheless fans of the genre will not fail to have a good time. 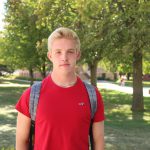 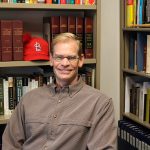