It is not easy to keep a class of 30 students awake and alert for a Christian Story I class at 7:45 a.m. It is even harder to make them just as interested in the subject as you are.

Yet, Dr. John Vonder Bruegge, affectionately known around campus as VB, continually captivates his students. His passion for his job and the Northwestern community radiate through every class, chapel and encounter around campus that he has with students.

“Even with everything he knows and has experienced, Dr. Vonder Bruegge wants to know you,” said senior honors student Kaitlyn McCracken.

After graduating from Harvard and Yale universities, receiving six professional degrees and publishing a theological book, Vonder Bruegge is not lacking in knowledge. For 17 years, he has been sharing that knowledge with the NW community through his various positions on campus as associate professor of biblical and theological studies, dean of arts and humanities and co-director of the honors program.

Vonder Bruegge has been co-director of the honors program for 10 years. He started in this position because of his passion for pushing students past what they think they can achieve.

“I think that Northwestern College students feel that they’re not good enough to do something like at Harvard or Yale,” Vonder Bruegge said. “When I got here, I realized that the students that are serious about academics are just as good of thinkers as the undergrads I worked with as a teaching assistant at Harvard and Yale.”

Through the honors program, he has had the opportunity to lead three Summer Study Abroad programs to Greece.

The personalized program is patterned directly after a study abroad experience Vonder Bruegge had while at Harvard receiving his master’s degree. That program was for Ph.D. students and a select few masters’ students. He took that concept and molded it into a course for undergrad students at NW. He even spent two weeks in Greece picking out each individual site and hotel his students would stay at.

“This trip is unique because it provides you with the opportunity to gain knowledge and understanding of an ancient culture foundational to your own, while at the same time fully immersing you in a rich, modern culture,” McCracken said.

The students love that they get to see a different side of Vonder Bruegge that they aren’t able to on campus. He tries to speak Greek with the natives, is always up for an adventure and isn’t afraid to nerd out when running into a wild boar on the side of a mountain.

“My favorite part was the late-night talks and all the conversations we had throughout the trip,” said Jason Van Dyke, senior honors program student. “They were either extremely deep or really ridiculous.”

Vonder Bruegge’s fervor for the study abroad was fueled by, what he calls, a “watershed moment” while on a Spring Service Project to Jacksonville, Florida, in 2012. This was the first SSP he had the opportunity to go on.

Later, he was so impassioned by his time there that he went on two more trips to Nicaragua in 2017 and Kansas City, Kansas, in 2020.

“Traveling with students exposed me to the whole life of students as opposed to just the classroom life of students,” Vonder Bruegge said. “I realized that college isn’t just an academic exercise, it’s a life exercise.”

Through his interactions with students inside and outside the classroom, Vonder Bruegge embodies the Raider community culture that is caring, academically rigorous and willing to go above and beyond what their work calls them to do. 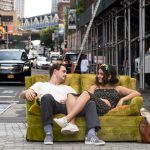 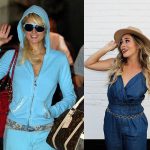