“We’re part of a sales campaign for Romney, and I have a problem with that,” said John Hubers, instructor in religion.

Hubers first shared his criticism via a faculty listserv in reply to an email from NW’s administration encouraging professors to consider canceling their Friday morning classes.

“I cannot get past the fact that this rally will be a tacit endorsement of the Republican party and the Romney candidacy,” Hubers said.

NW’s administration, however, refuted claims that the institution endorsed Romney by hosting the rally.

“This is absolutely not an endorsement of Mitt Romney,” said NW President Greg Christy. “That would be totally inappropriate to endorse any candidate as a college, and we’re not.”

The administration justified the decision to host the rally because of the presumed educational value of the event.

“One of our values as a Reformed institution is that we want our students to be engaged in the world, which includes being engaged in politics,” Christy said.

Hubers, however, questioned the ethics of political events hosted at educational institutions.

“It’s not simply a chance to meet a candidate,” he said. “Your very presence at the rally bolsters support for him. It’s a rah-rah for the Republican party. That brought home to me there’s an issue here.”

The Romney campaign defended the rally at NW as a common political practice.

Hubers said he thinks the rally at NW might have been part of an effort by the Romney campaign to court the evangelical vote. For many evangelicals, Romney’s Mormon faith is a sensitive topic.

“I think the subtext behind this rally is that Romney can say, ‘Look, here are evangelicals supporting me,’ ” Hubers said.

NW was recommended as a host site for the rally by a Romney campaign official in Des Moines, according to Christy.

Senior political science major Connor Knutsen said he thinks the Romney campaign might have targeted NW for the rally as part of an attempt to connect with young voters, much as Obama did in the 2008 election.

“We’re the swing voters in the swing state,” Knutsen said.

Knutsen said he thinks NW’s agreement to host the rally is less about endorsing a candidate and more about promoting the college.

“It’s definitely a publicity stunt of sorts,” he said. “It will display the campus as a progressive, involved institution that cares about today’s culture. It will put the college more on the map.”

Besides directing national media attention to the college, NW’s agreement to host the rally likely gratified its predominantly conservative donors, according to Jeffrey VanDerWerff, professor of political science.

Hubers conceded the rally’s value as a public relations opportunity for NW even though he disapproves of the event.

“Students should be aware that this is a promotional event, and everything is painstakingly choreographed,” he said. “The Romney campaign knows this rally needs to be like a rock concert. The whole purpose is to draw people into the experience and become one with Romney’s purpose.”

Knutsen stressed the need for students to examine the facts behind each individual issue instead of defaulting to political ideology.

“You need to take these speeches with a grain of salt,” he said. “Ask if his beliefs are what you want. Be analytical of what he says.”

Matt Erikson, a senior double majoring in political science and religion, suggested that students avoid political shouting matches by refraining from buzzwords, which he said include words like “greed” and “socialism”.

“These kinds of words are good for getting people riled up, but they aren’t good for being civil with each other,” Erikson said.

The rally’s potential to spur political discussion among the student body is its redeeming feature in Hubers’ opinion.

“Unless a conversation ensues afterward, I’m not sure that any education will have really happened. The point of a rally is to prevent critical thinking and just keep people cheering,” Hubers said.

Critical thinking, though, is just what Christy said he hopes Romney’s rally will promote among students.

“I’m not interested in telling students to favor Democrats or Republicans. I just like to see our students engaged in the political process,” Christy said. 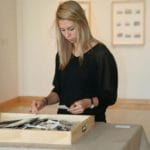 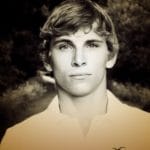