As the sexual revolution has made its way from the secular world into the church’s landscape, Christians have been faced with the question: “How do I love my neighbor who identifies as a homosexual and practices a homosexual lifestyle?” Various church denominations have supplied conflicting and contradictory answers.

Some tell Christians that homosexual practice is not sinful, and that even if you may disagree, you should still be tolerant of their beliefs and behavior. We are told that tolerating, accepting, and affirming those in the LGBTQ+ community around you is the “loving” thing to do. But if we wish to be shaped by the Word of God and not the ever-changing expectations of the world, we will follow a different path.

When it comes to the meaning of “love” we could do no better than consulting 1 Corinthians 13. You have probably heard this passage a dozen times at Christian weddings: “Love is patient, love is kind…” and so on. It is a beautiful passage giving a testament to what biblical love looks like, but we must not neglect the end of the pericope where Paul writes: “[Love] does not rejoice in unrighteousness, but rejoices with the truth” (vs. 6). Apparently the most unloving thing we can do is express approval and affirmation of someone living in unrighteousness, in sin and open rebellion of God’s clear design for human sexual expression.

In Scripture, the solitary sexual ethic is the enjoyment of sexual pleasure between a husband and wife in the lifelong covenant of marriage. Period. In the seven or so times same sex behavior is mentioned in the Bible, it is consistently and completely condemned.

If you were to observe someone walking along a dark path headed for a deadly cliff, what would be the right thing to do? If you hated the person, you might be tempted to say nothing or even to affirm them in their chosen path, the path to utter destruction. But if you loved the person, as God commands, of course, you would do everything in your power to steer them away from that deadly way.

Of course, we must not swing to the other extreme of cheerful condemnation: yelling, threatening, cruelly censuring those with same sex attraction, gleefully celebrating their impending eternal torment. The Christian call is to: “Let your speech always be with grace, as though seasoned with salt, so that you should know how to respond to each person” (Col. 4:6).

Jesus gives us the perfect response, an example of genuine, seeking and compassionate love in action. When the Pharisees brought a woman who had been caught in adultery before the Lord Jesus (John 8:1-11), he did not spit in her face or tell her she deserved to go to hell because of her moral failure. Nor did he condone or celebrate her actions because she was “being authentic, true to her inner self.”

Rather, the Lord of love told this broken woman: “go, and from now on sin no more” (8:11). Jesus called her to a higher purpose of rejecting her fleshly desires and conforming the pattern of her life to the always ennobling will of God. That is the way of love. 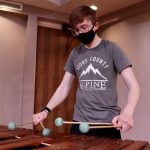 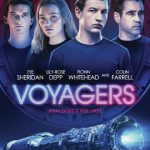