Country music superstar Keith Urban released his seventh album “FUSE” this past Tuesday. The album received a lot of publicity leading up to its release, primarily because this is Urban’s first album since he underwent surgery to remove a polyp on his vocal cords in 2011.

Getting back in the saddle wasn’t hard for the 45-year-old musician, whose vocals only seem to have improved with his age.

As far as the content of the album itself, Keith Urban decided to explore a few different directions with several tracks. In an interview with USA Today, Urban commented on where he wanted to take the album: “This was the album where I wanted to take (fusing two types of music) to the next level — maybe synthesized keyboards, some programmed things, in addition to more organic instruments, not only the six-string banjo, but also the bouzouki, the mandolin, acoustic guitar — and find new ways to fuse all those sounds together.”

Keith Urban has long been identified as a country singer but he doesn’t always share the same opinion. In the same interview, he commented on his efforts to cross some of the borders of genre.

“I’m more driven by where country could go than anything else … I make whatever records I make. I don’t even think of them in terms of genre. They’re just me and my sound. This album was seeing where I could take my sound,” Urban said.

Throughout the album, the “fused” instrumentation is only heard occasionally, mainly in small breakdowns mid-song.  Most of the tracks were still constructed around a pulsing, energetic yet predictable, 4-on-the-floor drum machine beat and a playful, almost flirtatious cocktail of electric guitar and banjo.

In addition to his steady and consistent brand of guitar-driven country, Urban embraces notably more synthetic components on this album than in years past. A few tracks feature drum beats that could easily be laid down for a pop song, but Urban doesn’t fail to leave his mark with his unique vocal tone and familiar, over-done guitar solos.

After a few consecutive listens, I would say the album possesses technically solid guitar and vocals, which is to be expected from someone as musically talented as Keith Urban. However song structure, lyrics and the overall instrumentation leave more than a few things to be desired. This is especially disappointing after his two-year hiatus and hype of this being a groundbreaking new album.

Unfortunately, despite Urban’s best efforts to escape the genre of country and develop his own signature sound, songs from any of his other albums could easily replace most of the tracks on “FUSE”.  For fans of country music and Keith Urban, “FUSE” will be a solid release with at least one or two popular singles. For those who aren’t fans of Keith ­— or country music for that matter — “FUSE” only adds to the notion that country music has become run-of-the-mill and monotonous, lacking original and authentic musicality. 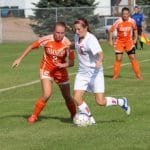 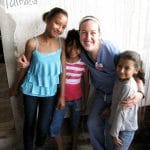