With a new man at the helm of a lineup with old faces, the Lady Raiders softball team is looking to make the jump into contention for a GPAC title.
New head coach Chris Nachtigall takes his first collegiate coaching job after having spent time in the Iowa high school ranks. A strong returning core of players should ease the transition for him.
“His drive and dedication gives us more confidence,” said senior Heidi Esdohr. “He has this pride and enthusiasm for coaching.”
Despite losing an offensive staple in Rachel Harris to graduation, the Raiders return the rest of their starting lineup from a year ago.
Three seniors, second baseman Kami Kuhlmann, catcher Shelby Johnson and third baseman Esdohr will be looked upon to lead the roster in all aspects.
“As a team, we’re looking to make it back to the conference tournament, and be competitive in the GPAC in general,” Esdohr said. “We want to work as a team both on and off the field.”
Kuhlmann, fresh off an MVP performance in the women’s national basketball tournament, had the hottest bat in the lineup last spring. Her .381 average was best on the squad and helped her earn second team all-GPAC.
Johnson anchors not only the defense behind the plate, but also swings the biggest stick. She was tops on the team last season with six home runs and 23 RBIs. Johnson also was selected to second team all-GPAC.
Esdohr will handle the responsibilities of the hot corner for the second straight year. Last season, Esdohr showed prowess with the glove, committing only three errors for a .978 fielding percentage.
Rounding out the infield will be sophomores Alex Price at shortstop and Lindsey Remien at first base. Price was voted to the all-GPAC second team last season after posting a .920 fielding percentage and .364 batting average, which was second on the team.
Junior Patrice Peters and sophomore Lexy Maassen will give the Raiders utility options off the bench for the infield.
In the circle, sophomores Keely Bracelin and southpaw Katie Vander Voort will split time as starters, and junior right-hander Alex Brower will provide key relief.
“Both [Bracelin and Vander Voort] have experience,” Esdohr said. “As freshman last season, they had a lot of weight on their shoulders, but now they have more confidence on the mound. It helps us that they are also very different pitchers, in terms of styles.”
Bracelin went 10-6 with a 2.80 ERA as a freshman last season, which was good enough for second team all-GPAC. Vander Voort, who also contributed with outfield play last season, posted a 5-8 record with a 3.41 ERA.
The outfield will be filled with youth. Sophomore Jordan Biehle will be joined by freshmen Jill Kleinhesselink and Kara Nonnemacher in the grass. Freshman Erica Vande Hoef will also get at-bats as an outfielder.
“We have very talented underclassmen,” Esdohr said. “They know what it takes to work hard.”
The Raiders will be in action on Saturday at Buena Vista. 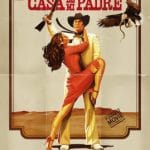